Hello everyone and welcome to this episode in which we will look at Water again but this time from the perspective of the oceans and seas – the salt water environment and not the Fresh water of episode 38. Also, we won’t discuss the fishing or aquaculture environment as we will leave those to another stand alone episode. I am delighted to have Johanna with me to share some of the fascinating facts about the oceans.

Hi everybody. The oceans and seas are truly amazing. The oceans are the source of life on earth and as the World Wildlife Fund states this is really Planet Water and not Planet Earth. Covering 70% of the earth’s surface and making up 95% of the space available for life they teem with up to 100 million species.  The oceans produce 70% of the oxygen on the planet and control temperature and climate across the globe.  The open ocean is often referred to as the Pelagic zone and the waters to a depth of about 200 metres is referred to as the euphotic zone –which means ‘well-lit’ in Greek. This is approximately the depth to which sunlight can penetrate and so plant life can be supported – so it is also often called the Sunlight zone.

The open ocean is distinct from the coastal zone where the ocean meets the land. In marine biology this is called the Neritic zone. This zone extends out to the continental shelf which is an area of the seabed of relatively shallow water around large landmasses.  The coastal zone comprises only around 10% of the ocean’s area but contains about 90% of all marine species. Along the coast there is the Inter-tidal zone which is the area that is above water at low tide and below water at high tide. The extent of this varies greatly with regions depending on the vertical difference between high and low tide – what is called the Tidal range. The inter-tidal zone is also called the seashore or sometimes the foreshore. Remarkably, about 60% of the world’s population live within 60 kilometers of the coastline. The term Coastal region is used to refer to lands along the coast and affected by the oceans.

Most countries have an Exclusive Economic Zone that extends 370 kilometers (200 nautical miles) out from the coast as agreed by the 1982 UN Convention on the Law of the Seas. Furthermore, the waters up to 12 nautical miles off the coast are called Territorial Waters and deemed to be part of the sovereign territory of a state. The areas of the seas and oceans not governed by any one nation are referred to as International Waters or the High Seas.  These designations are of significant economic importance to countries as they include the access to the natural resources found within the waters, such as oil, gas, minerals etc. There is a danger that the primary driver for such Laws of the Seas is about economic opportunity and not environmental protection.

Protecting these vast areas of ocean is very difficult on a practical level. Within international waters as no one state has any ownership rights it is up to all states to try to protect the resources and that is very difficult to agree on and to police.  The term Marine Protected Area (MPA) refers to an area of sea or ocean in which human activity is restricted to protect the natural or cultural resources.  These include national parks, nature reserves, habitat management areas all of which have different goals. There are  large variations in what precisely this term MPA means in respect of issues such as fishing practices, seasons, catch limits, disruption of marine life and many others. Although there are now over 13,000 such areas internationally, this represents only about 2% of the world’s oceans and seas.  This is in contrast to about 15% of land which is under protection.

The need to protect the oceans stems from several different types of industrial activities. These include deep sea mining as modern technologies allow for the exploitation of the seabed in pursuit of new sources of precious metals to meet demand. The dangers include the disturbance to a natural world we know little about, the destruction of deep sea habitats and the discharges of pollutants. The risks of oil and gas mining at sea was brought to worldwide attention with recent oil well disasters such as the Deepwater Horizon oil spill of 2010 in the Gulf of Mexico.  However, such exploration continues in many parts of the world often with minimal environmental standards applied.

Another threat to the oceans is international shipping which carries 90% of all trade between countries. There is the danger of toxic fumes, spillages and operational discharges. For example, each ship contains large ballast tanks that are regularly filled with water when the ship has little cargo and this is discharged in other areas as more cargo is taken on board. This practice can introduce alien and invasive species into new waters. Given the concentration of shipping into congested shipping lanes these types of threats are constantly increasing. There are also the issues of waste, sewerage and air pollution from shipping. Sound is the most effective method of communication in water and is used by marine animals to gather and find information about their environment. The term Ocean Noise refers to the sounds made by human activities that can interfere with or obscure the ability of animals to hear natural sounds. The volume of sea traffic is now so great and the number of ships and crews involved has necessitated the development of the Seaspeak natural language – based on a simple English – to help avoid collisions and accidents.

Approximately eighty per cent of the pollution in the seas actually comes from activities on land. Because all rivers flow into the sea much of the run-off from agricultural lands, such as fertilizers and pesticides, end up in the oceans and seas causing nutrient imbalance affecting all types of marine life.  Excessive nutrients, especially of nitrogen and phosphorous can limit the amount of oxygen in the water in a process called Eutrophication. Another type of run-off is the mud, silt and debris which are regularly washed into coastal waters from changing land use and soil erosion along the coastline.  Many of the leaks and spillages from uncontrolled factories and industrial plants also end up in the seas. This is called non-point source pollution and though each occurrence may be limited in volume the cumulative effect of this is now becoming very evident. One example is the Great Pacific Garbage Patch which describes a collection of plastic debris and litter which is gathering across the northern Pacific ocean. It was identified in the late eighties and has continued to grow ever since and is estimated to be about twice the size of Texas. It is formed by the currents collecting huge amounts of marine litter much of which has come from land based sources. Plastics of all sorts are broken down by the waves and currents and eventually some form what are called Microplastics and these can be eaten by marine life causing long term damage. Some studies show that up to one quarter of all fish have plastic in their system. Microplastics are different to the Microbeads which are tiny plastic beads used in some products, such as soaps, cosmetics and pastes, which again are dangerous to wildlife when they enter the environment.

The term Blue Carbon refers to the huge amount of carbon absorbed by the oceans and coastal ecosystems. Particularly coastal seagrasses, mangroves and salt marshes capture and store huge amounts of carbon in the seabed. Climate change is having an effect on the oceans and marine life. Higher surface temperatures are causing currents to change their flows and this can affect weather patterns and the intensity of storms; melting ice caps are raising sea levels and so more frequent coastal flooding occurs; greater run-off of mud and silt can cause sediments to choke coastal ecosystems; ocean waters are becoming more acidic and affecting the life-cycle of much marine life particularly coral reefs and shellfish. As the source of all life on earth we should be respectful of oceans and seas. The power of the oceans should humble us, it has been a system in balance for many thousands of years and we upset this balance at our peril.

That concludes this episode in the series and I hope you have found it useful and informative. My thanks to Johanna for their help today and to you for listening. We hope you can join us for future episodes. 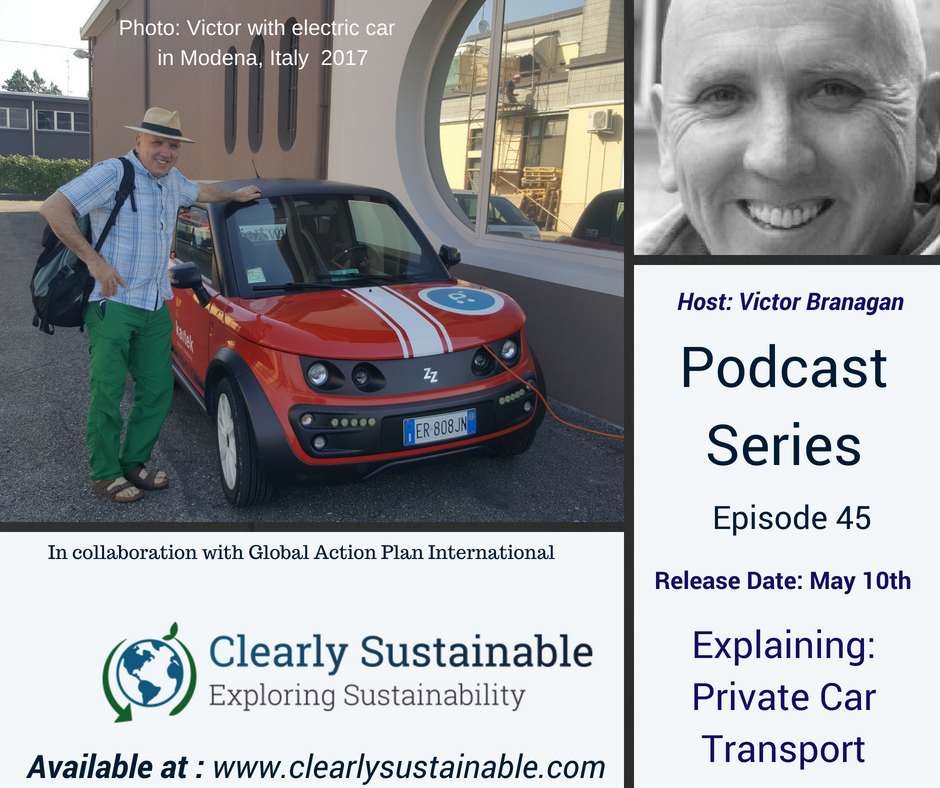